Home > Uncategorized > Bentley Window Sticker: Get all your Bentley Options from the VIN Decoder
20AprJuly 13, 2018
00
Posted by Chris ColemanUncategorized

We’ve moved this window sticker tool to a new and improved site! carvana.com/research

Input the VIN and get the entire list of all Bentley Options. Use wikilender’s Bentley VIN decoder below to finally figure the differences between those used Bentley’s you’re admiring. Note that this tool will take a few seconds to load (its a large pdf after all), and that the Bentley VIN decoder will work on most 2012+ Bentley’s. Earlier cars unfortunately, are much more difficult to obtain information.

To see our complete guide of other window sticker tools check out here.

What the Bentley Window Sticker Tells You 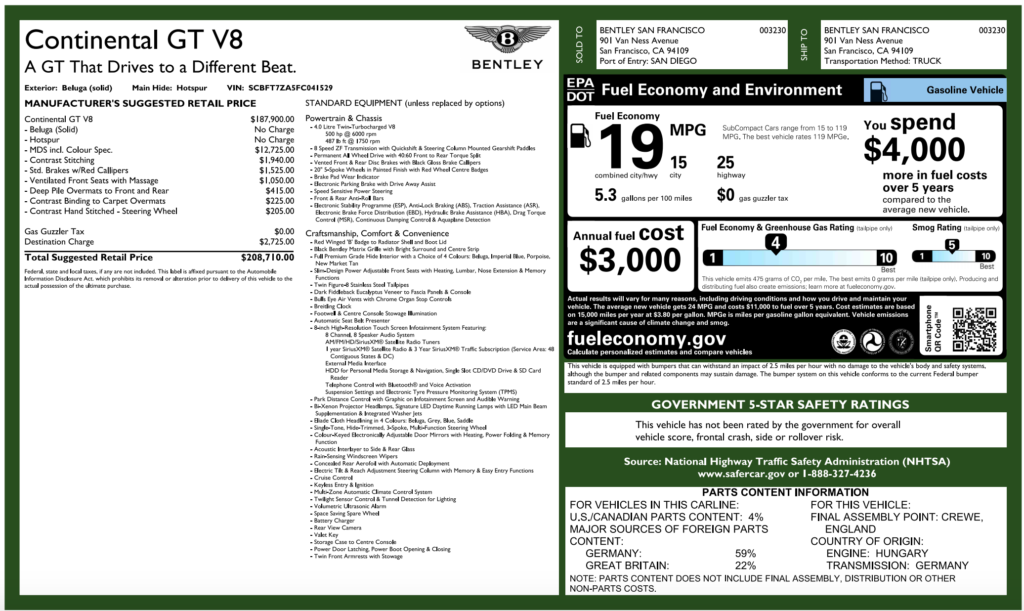 On the Far Left

On the Right-hand side boxes

What the Window Sticker won’t tell you

The window sticker describes the car most accurately “when new”. So if the car has had either dealer-installed, or owner installed customizations its not likely to show those new features.

Similarly, the sticker won’t reflect anything about current condition, or the presence of any accidents. For doing more research there, I recommend reviewing Carfax, Autocheck, and having a professional inspection performed at any authorized Bentley dealership.

Wikilender helps you find the best loan. We index thousands of loan products and make lending decisions easy to understand and simple to find.

Find us Out there